The Beginnings
On October 19, 1947 Lutheran services began for the Victor Valley area with its first service at the American Legion Hall. Twenty-three attended the first service with ten children in Sunday School. The American Legion Hall was a large, cold, and dirty building that left many memories. Members took turns cleaning up before and after services, as well as building the fire to try and heat up the building. When no wood was left, the "Committee" could be seen scrounging for materials that would burn. If you wanted to be warm, you had to get there early to sit by the fireplace.
On March 25, 1948 the congregation organized under the name Zion Lutheran Church under the leadership of Reverend Elmer Witt. Rev. Witt served as the first resident Pastor of Zion, (Officially Installed December 12,1948), and also served our sister congregation Concordia in Barstow. Together both congregations formed the new Desert Lutheran Parish. Zion had 50 souls and 25 communicants at this time.
The First Twenty Years
During these early years the first Building Committee was elected and a search for a property began. Much time was spent weighing Victorville, Apple Valley, or Hesperia as the permanent site for the church. Prayerful and trusting in the Lord's blessings a site on Lacy and Mojave was purchased on October 21, 1949. In the 1950 District Convention of the Lutheran Women's Missionary League, Zion was granted a $5,000 grant to help in building a chapel.
During this time the parsonage was first a rented apartment in Adelanto, and then a house on Monte Vista in Victorville. The wheels of progress continued to move and on May 5, 1951 the ground was broken for the chapel. The countless hours of volunteer labor brought the dream of the congregation to a reality when the first service was conducted in the yet unfinished chapel on December 16, 1951. One of members remarked, "Even the unfinished chapel was better than the Legion Hall." The joyous day of dedication, March 9, 1952, brought over four hundred from 39 cities of Southern California to witness God's grace and mercy here on the desert.
Realizing the great fields of labor in both Barstow and Victorville, the Desert Lutheran Parish in 1951 began petition the Mission Board to supply either a Vicar or a full time pastor for both congregations. This was realized with the assignment of Vicar Henry T. Nieman in July, 1953. Pastor Witt accepted the call as Executive Secretary of Wather League and left the area on May 24, 1953. The Vicar served both congregations until September, 1953, when the Reverend Lamar Miller was installed Pastor. In 1955, the Desert Parish was divided.
Crowded Sunday School conditions brought the next building project of the congregation, the Sunday School addition. Work was done entirely by volunteer labor and was dedicated on August 26, 1956. In the first ten years, Zion had grown to 120 communicants and 217 souls and it became necessary to conduct two morning services.
In July 1958, Pastor Miller accepted the call to Bell Gardens, California. Ground was broken for the new parsonage on the church grounds on Zenda St. on August 25, 1958. On October 19, 1958, Reverend O.H. Horn was installed as pastor.
In 1959, Zion's mission work in the City of Apple Valley results in the new formation of, "Ascension Lutheran Church.
Pastor Horn accepted a call to Abilene, Texas in July 1963. Reverend Robert Carlton of Concordia, Barstow served as vacancy pastor until Reverend H.L. Schaffer was installed January 26, 1964.
On January 6, 1963, Zion's second mission in the community of Hesperia held its first service in the Hesperia Grange Hall. The mission eventually became Faith Lutheran Church.
In 1963 with the congregation of Zion and the Lutheran Hospital Association 2 ½ year effort, final approval was given to build a 54-bed Lutheran Hospital, (Presently Called Victor Valley Hospital), on six acres of the Kemper Campbell Ranch.
Reverend Schaffer served until February 20, 1966, when he was assigned to the U.S. Army Chaplaincy at Fort Ord, California. On February 21, 1966, Reverend Jack Amen became our full-time vacancy pastor.
On February 11, 1968, Reverend Gerhardt Rusch was installed as Zion new pastor. Zion celebrates 20 wonderful years of service to the Victor Valley.

In 1974, the inside portion of the church building underwent a remodeling project.

On June 14, 1981, Pastor Rusch retired and then a short time later died. On September 13, 1981, Reverend Lowell B. Kindschy responded to the call to serve Zion.

The call documents had indicated that Zion desired a day school.  Shortly after Pastor Kindschy arrived, he began the process of starting a school.  In September 1982 the Preschool was started. Then in 1985, the addition of Kindergarten launched the Day School.

In 1988 a six acre parcel was finally found at the corner of Mojave Drive and Jeraldo. Since this property was large enough not only for the school, but later on, a new church building, it seemed like the perfect location.

In 1990, the property had finally closed escrow and Zion agreed to purchase modulars from Southcoast Community Church in Irvine, and with mostly volunteer labor, the school was dedicated on February 6, 1994.

Two of the modulars were configured for worship, and in 1995 the church moved to the corner of Mojave and Jeraldo Drives location, with intention of one day building a new sanctuary on the site.

On December 31, 1995, Pastor Kindschy conducted his last service at Zion after deciding to accept a call to Shepherd of the Valley Lutheran Church in Santa Ynez, CA.

In February 1996, Reverend Robert Faga stepped in as our vacancy pastor. Pastor O. Faga remained with us (with Reverend Maynard Saeger filling in for a 3 month period) until we were blessed by the installation of Reverend Norman W. Schmoock on June 22, 1997. 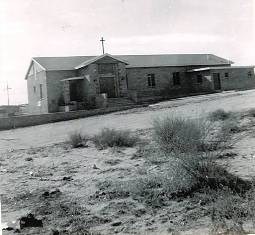 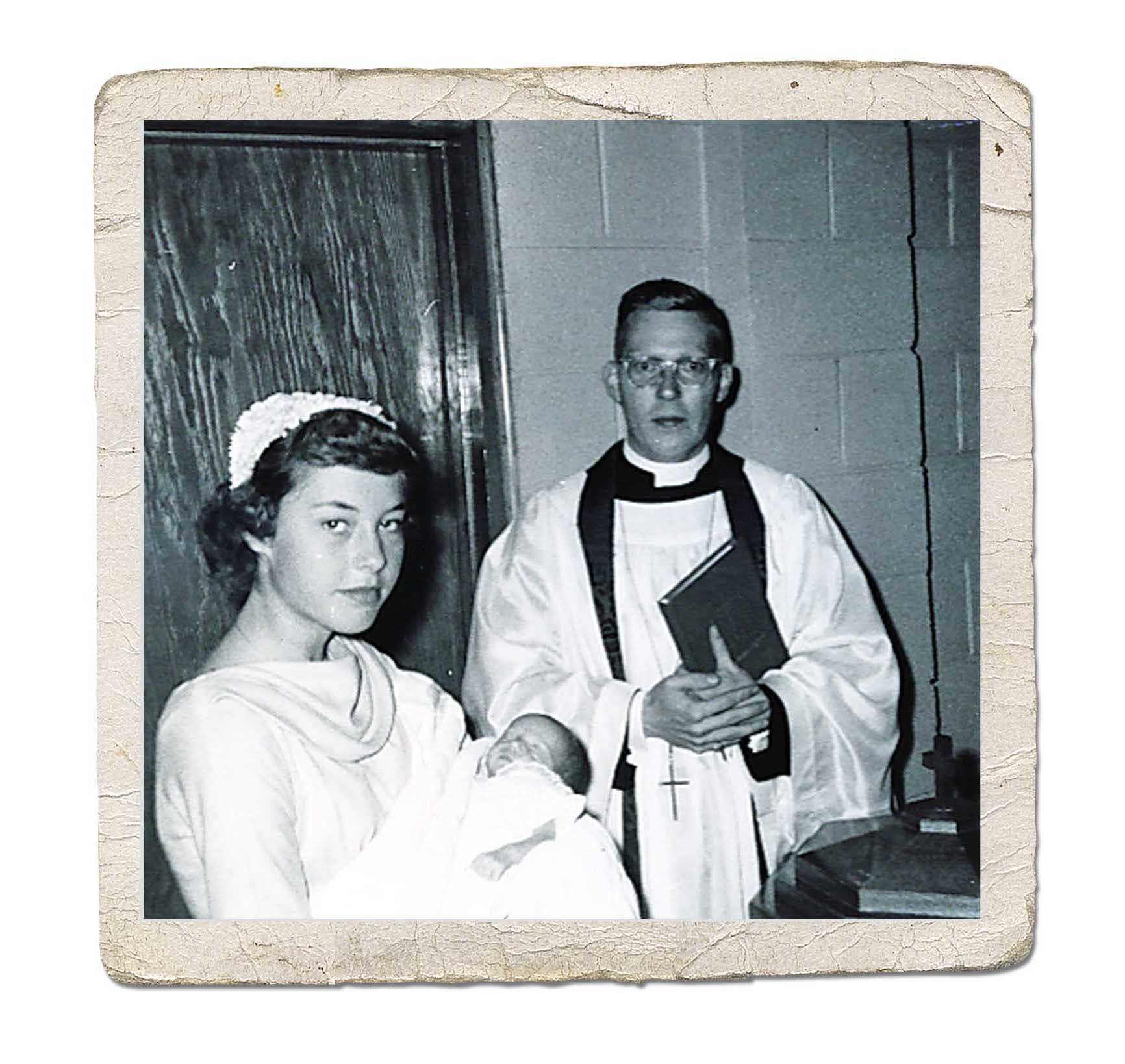 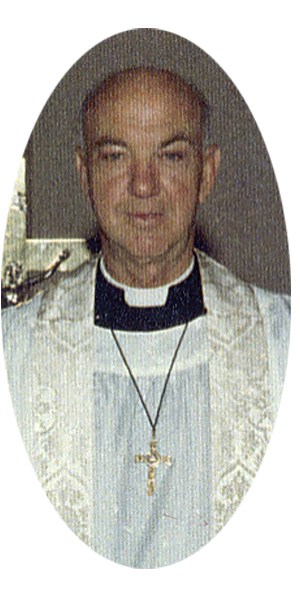 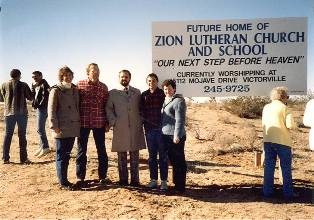 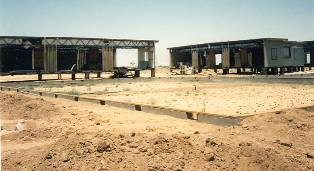 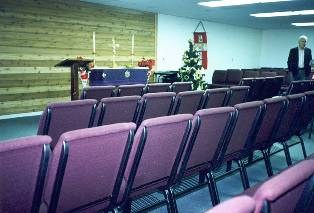